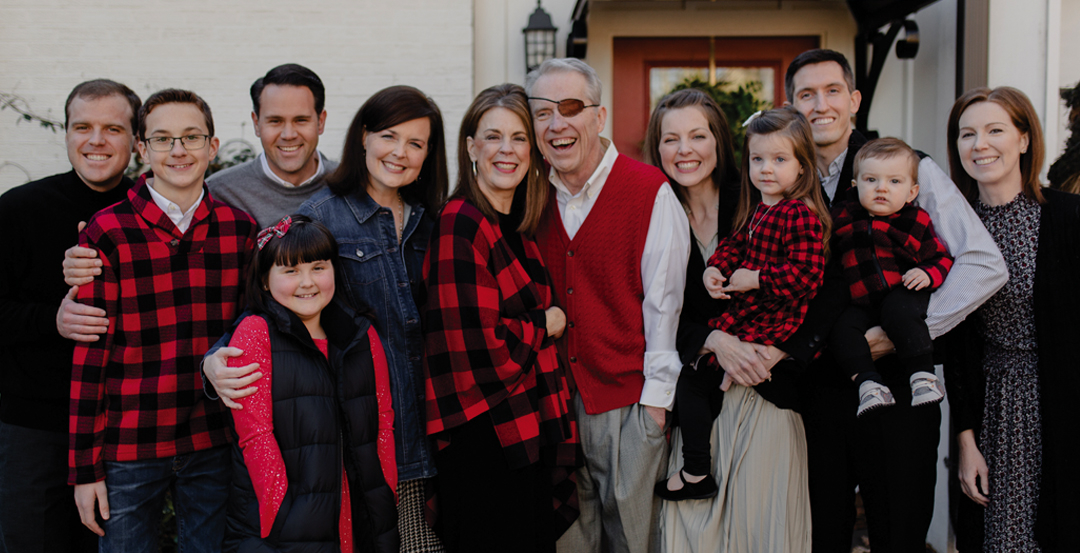 Mission: to advance the Gospel of Christ by providing God-glorifying, biblically-based, theologically-sound music and resources for the local church and family.

History: In January 2018 Majesty Music was excited to announce our third generation of leadership. After years of waiting for God’s timing, Ron and Shelly transitioned the ministry over to their son-in-law Representative Adam Morgan and his wife, Ron and Shelly’s daughter, Megan. Adam is an attorney, but felt God’s leading to come on staff at Majesty Music in 2015. Since that time, Adam and Megan have been writing Majesty Music’s choral music, Patch adventure stories, songs and books. They also produced the first Patch the Pirate animated adventure and individual song videos. Adam has received honors in his law profession, in his tenure as State House Representative, and is a sought-after public speaker. 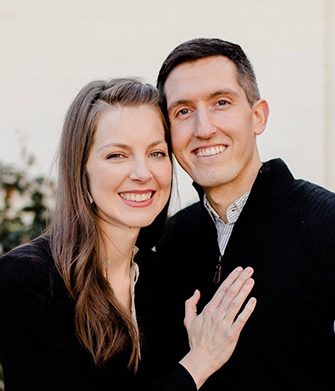 Mission: to reach boys and girls with the gospel of Jesus Christ and to instill in them godly character through story and song.

Patch stars amidst characters and capers that teach godly values to thousands of children across the world through story and song recordings, children’s choir clubs, and a weekly radio program. Patch the Pirate’s stories and songs are

History: Ron Hamilton never planned to become a pirate; it just happened, in a divine way. In 1978, the discovery of cancer in Ron’s left eye resulted in the loss of his eye. The surgeon removed the bandages a week later and presented Hamilton with a black eye patch—the real-life prop that thrust him into his role as a pirate evangelist. Everywhere he went, children pointed and exclaimed, “Look! A pirate!”

“Hearing a doctor say I had cancer and may die was a very sobering experience,” he says. “Many people would see the loss of my eye and the need for wearing a patch as a great trial. But I see it as one of the greatest blessings of my life. It reminds me that God teaches us the greatest lessons in the deepest valleys.”

Immediately following the loss of his eye due to cancer, Ron Hamilton penned a song based on Philippians 4:4. Its message has encouraged many folks while journeying through a dark valley. 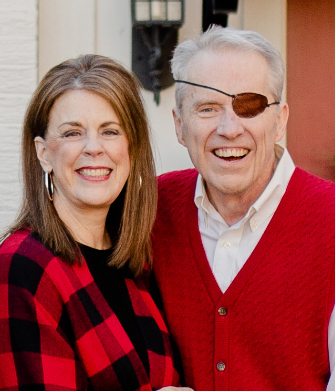 REJOICE IN THE LORD
Words and music by Ron Hamilton

God never moves without purpose or plan
When trying His servant and molding a man.
Give thanks to the Lord though your testing seems long;
In darkness he giveth a song.

I could not see through the shadows ahead;
So I looked at the cross of my Savior instead.
I bowed to the will of the Master that day.
Then peace came and tears fled away.

Now I can see testing comes from above;
God strengthens His children and purges in love.
My Father knows best, and I trust in His care;
Through purging more fruit I will bear.

Chorus:
O rejoice in the Lord. He makes no mistake.
He knoweth the end of each path that I take.
For when I am tried and purified, I shall come forth as gold. 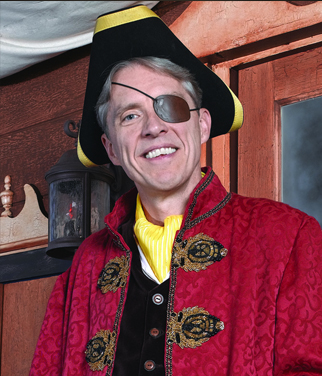 Majesty Music, founded by Dr. Frank Garlock, began in 1973 as Musical Ministries. The company was born out of Dr. Garlock’s travelling ministry as he spoke to churches worldwide about the importance of godly music, and also as he began to produce music for church choirs. Ron Hamilton and Dr. Garlock’s daughter Shelly married in 1975. Ron and Shelly have managed Majesty Music and written sacred music for children and adults since they joined the ministry in 1978, which was after Ron lost his left eye to cancer and became known as Patch the Pirate®. 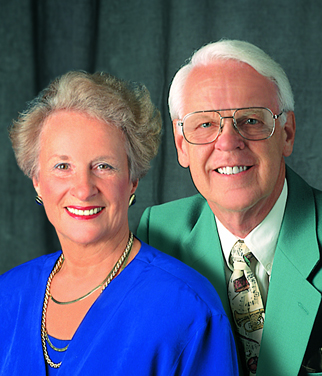